Although we live in an ancient French village house our sitting room is more modern in its layout; it’s had an extension on the back and all period features have been removed. So it’s been a challenge to try and blend it in with the rest of the house, particularly as the room is separated from the very period dining room by bi fold doors.

The rest of the house I’m introducing Art Nouveau touches as we’ll as French country features (although the French think it’s English country – I think we’ve borrowed their style along the way). So in the sitting room I’m trying to introduce little touches of traditional, period items as well as decor with a more modern sheen.

I was recently at a store that had this amazing bar cart….. 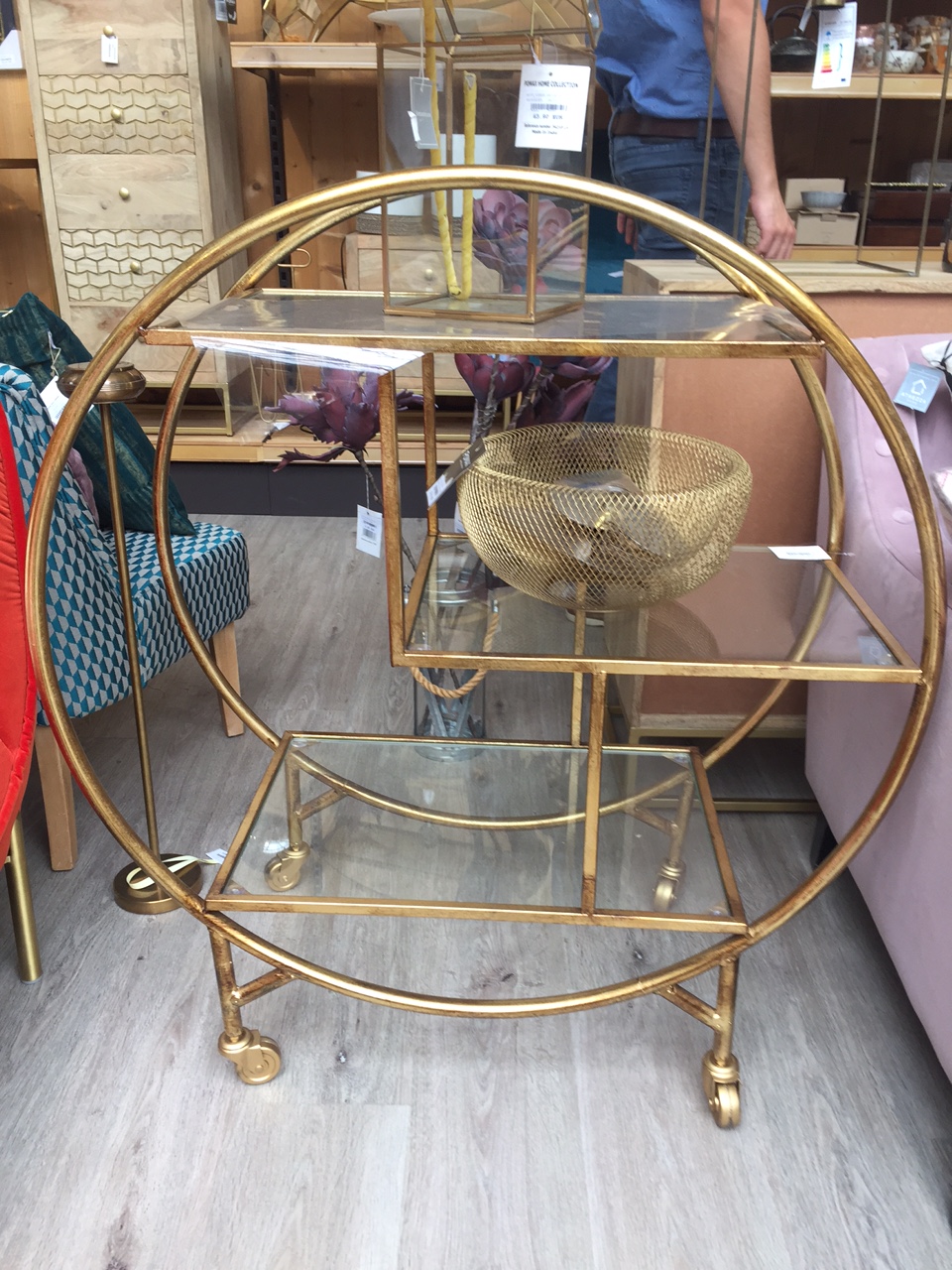 I loved it instantly. However, firstly it was close to 300€, too much for my pocket. Secondly it was very big and I didn’t know where I’d put it in the room. Nevertheless if I’d had the money in my pocket at that moment I think I’d have bought it anyway and taken it home.

A few weeks later I was at a discount store here in France, Action. They were selling this for 15€…..

With spray paint at home it was the answer. All I did was spray paint it up in the attic like this…..

giving it a couple of coats each side, so about two cans of copper or rose gold spray paint, and then spraying the black screws when it was all put together.

I love the way it sits just beneath the glass cabinet with the glasses in. With two little ones around I’m not even going to attempt to use it as a bar cart, it’s dangerous enough with the little vignette. I’m happy with the faux, rétro radio stereo instead. It’s next to my finished purple chair that I can’t seem to get the cat off. 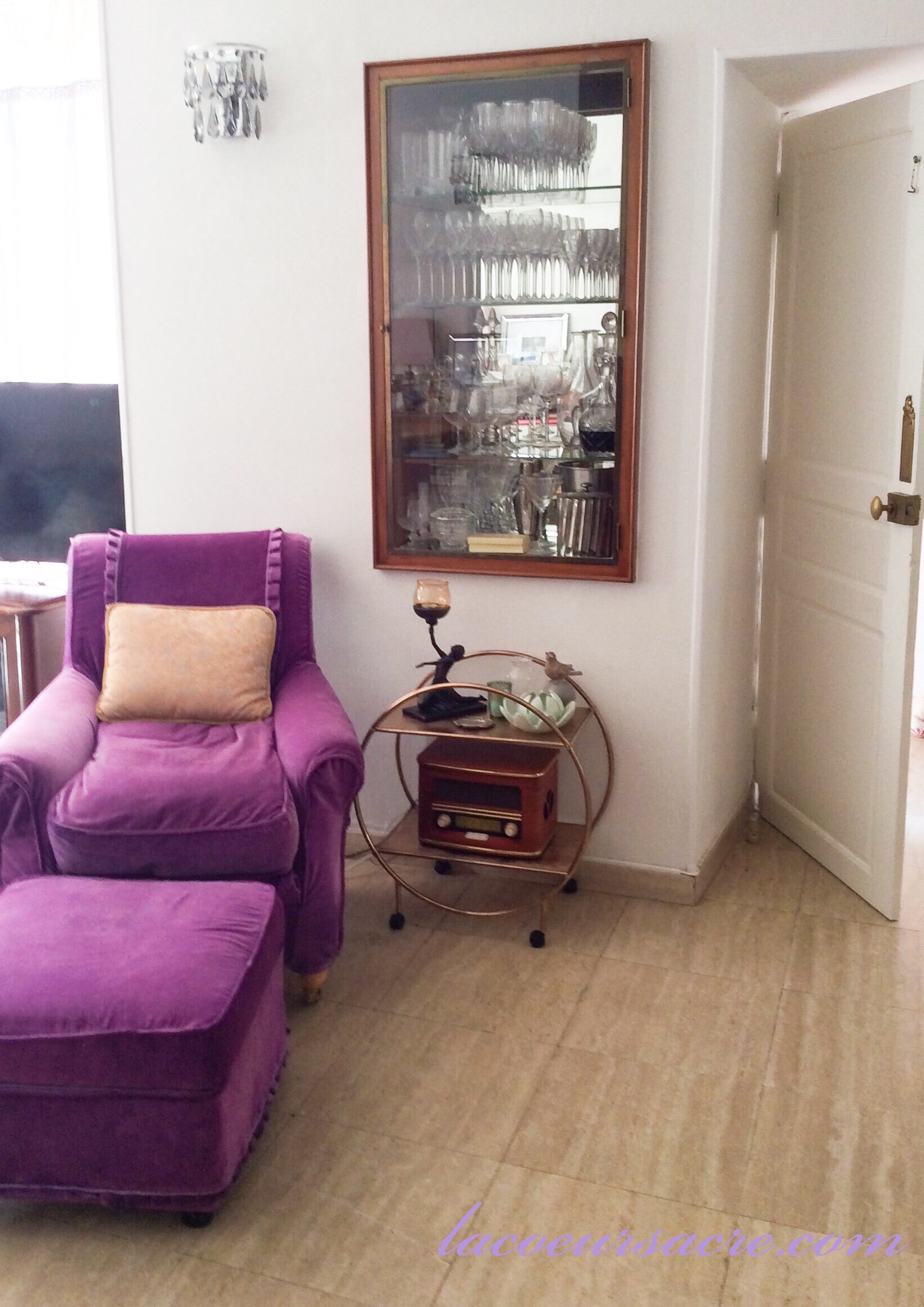