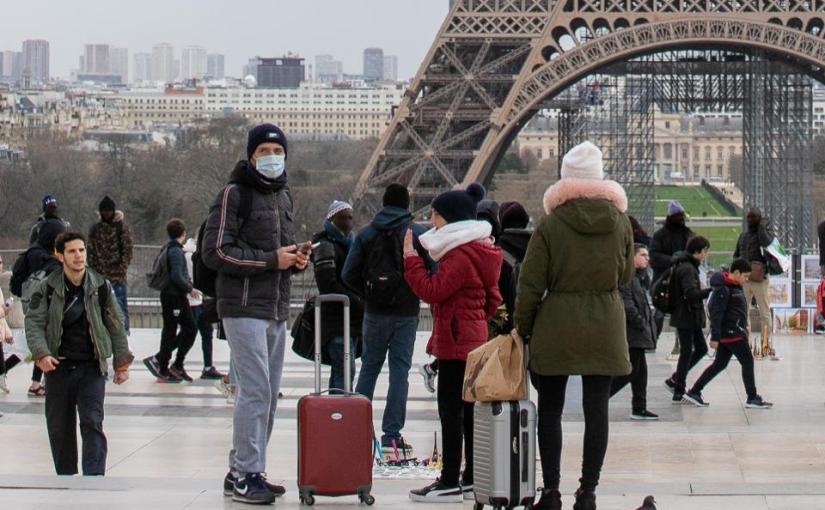 Although deconfinément is the current situation in France, and president Macron has stated that he has no intention of imposing another lockdown, the spread of Covid is being monitored. The alert threshold is being used to monitor the state of the epidemic and is partly calculated using the number of positive tests combined with the R number – which represents how many other people one ill person will go on to infect.

When this R number is less than one the virus is believed to be retreating, when it rises to 2 it’s spreading. Mainland France is currently at 1.05, but there are communes that skewer this figure as they have significantly higher rates.

One such area is Mayenne where the number of cases was at 45 and is now increased to 50.1. This is in contrast to the rest of France which has a threshold of 10.

Masks are now obligatory in enclosed spaces throughout France; a law which was brought forward from the 1st August and has applied since Monday due to the concerns of some communes. In the suffering Mayenne masks are even to be worn in some public areas.

I’m a fan of twitter and both sides of the debate seems to have hit almost a religious fever there. The culture wars seems to mark it’s territory quickly now huh? I’m grateful for people who argue for the protection of the health of others, but I’m equally grateful for others who challenge the mandatory wearing of masks.

Like many people in the generational middle I have parents who I’m concerned about, but also my children. With all the hand washing and mask wearing I wonder how they will develop resilience to illness if they can’t develop immunity not just from Covid, but from anything? What affect will raising them in a sanitary bubble have on their future health?

The destruction of the Martian invaders in the War of the Worlds, finally felled by the common cold, comes to mind.

Their world will be so different to ours in many ways. Today my daughter wandered into the sitting room announcing that she thought the playroom should have arrows on the floor. Evidently accepting as normal now the arrow markings and signs showing us which direction to walk in, where to stand etc.

I’m attending mass almost daily now. As the restrictions continue like many others we face an uncertain future. Living in a country where French is our second language this is very concerning. It feels as if the options to find other employment are limited for us.

The good news is that our friendship circle is strengthening and expanding. Over the last week we’ve had various little friends of the children over to play and I’ve sat with the parents for a coffee for half an hour at least, chatting in French. Today was one such play date and I had a conversation with two sets of parents for at least 2.30 hours on a variety of subjects and even managed to follow the conversation between two parties for about 30 minutes. That’s a milestone.

The conversation was centering around Covid and the confinement. For some in the village it was very hard as they have no garden, so they were confined to their house for the majority of the day.

Inevitably we were all worried about work and the long term, economic impact of the response to the pandemic. Our friends were saying how their folks had struggled with their being unable to visit. Their child was the first grandchild and contact was, naturally, painfully missed.

Better times will come though. I’m taking one of our neighbours children to a puppet show in the village tonight. I’ll let you know soon how it went.